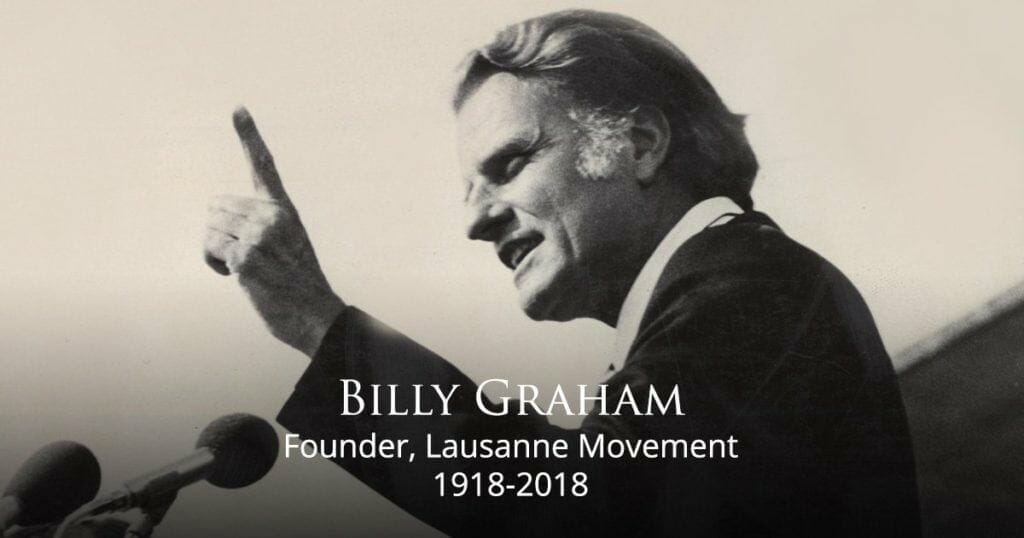 Women are often horribly treated simply because they are women. The religions and cultural norms of many nations and people groups include barbaric treatment of women and girls as rites of passage. They include the taking of innocent lives of little girls — both preborn and in infancy. In some cases, they include the taking of women’s lives in adulthood, in the name of honor. But in contrast, God promises to ease this yoke of bondage, and lift these burdens of despair, exchanging their sorrow for joy, kindness and even love both now and forevermore.

With the recent passing of Billy Graham, it is a good time to reflect on his legacy and impact on the ministry of Women in the Window International. In 1974 Billy Graham was part of the original core group of Lausanne Global Evangelism that envisioned a comprehensive view of evangelism that combines what we do with what we say as Christians. He also saw the value of training indigenous Christian ministry leaders—both men AND women—to take the Gospel to their own people group, their own tribe, and their own nation. In 2010, I had the privilege of attending the Lausanne Congress on World Evangelism held in South Africa — this time instead of dozens of Western men, there were thousands, more than 5,000 from every tribe, tongue, and nation. And, a third of us were women! Together we celebrate the reality that God has and is pouring out His Holy Spirit on both sons and daughters and that the release of His Holy Spirit includes a level of responsibility to embrace His call to tell the Good News, set the captives free, and obey Him fully not only with our words, but so much more with our actions.

Women in the Window continues to serve as part of the Lausanne Global Evangelism community—loving, living and serving through the Gospel with our words and actions!

Please join us in prayer for the following ways that we are doing just that:

Praise God that Judy arrived safely back home! Please pray for a smooth transition back home.