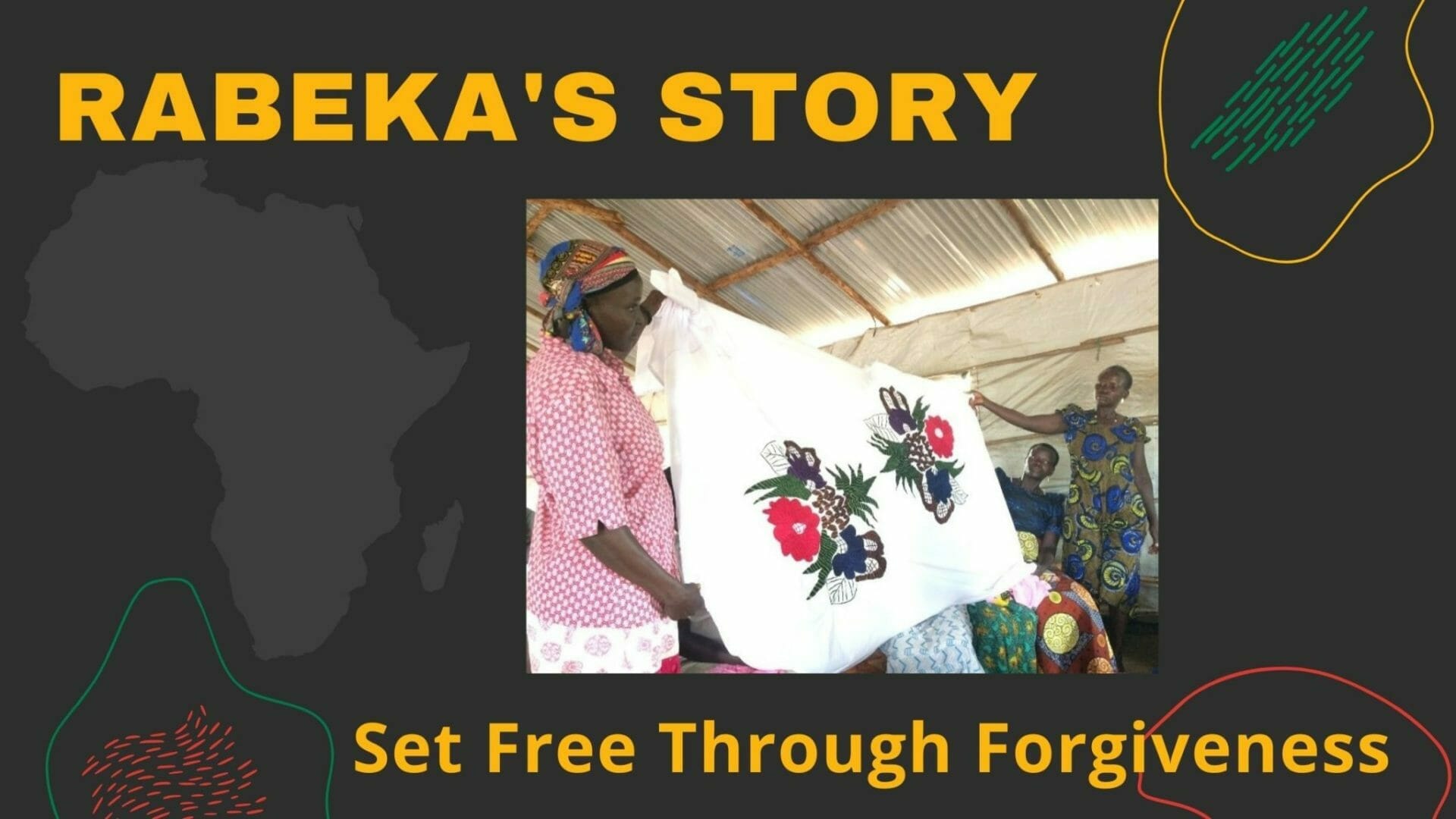 Rabeka was physically present in our Women in the Window International micro-business training in the Horn of Africa, but she seemed a thousand miles away. She did not actively engage with our discussion and seemed to be relying heavily on the two women nearest her.  It was almost as if she had given up trying before she had even started writing her business plan.

When I asked her about her business, she told me she had only been living in the refugee camp for a year, but she was trying to sell a few things because they were only receiving half rations from the government. And NO soap at all.  She was very interested in our soap-making business and continuing to sell the bedsheets she and others brought from Sudan.

YET- Clearly her heart was heavy with despair… when I tried to comfort her, she held up her bedsheet and started to cry. You see, the women from Sudan prepare these beautiful bedsheets for their families and to sell in the market. But when the soldiers ravage their village, the women gather as much as they can carry in a bedsheet and run for their lives.

Rabeka was running with her bedsheet and her children, when a soldier stopped her, grabbed one of her sons out of her arms and brutally killed him right in front of her eyes.  The soldier then threatened to kill her and the rest of her children, but at that moment a fellow soldier recognized her and helped her escape to the refugee camp where we met.

We dropped to our knees and surrounded Rabeka with prayer, with tears and with love.

The next morning Rabeka appeared at the WiW training with an entirely different appearance. Her face almost glowed. . . you see during the night, the other women refugees embraced her, prayed and wept with her, and taught her the principles of forgiveness from God’s Word and trauma healing. As they surrounded her, wept with her, prayed for her – God set her free as she chose to forgive the one who killed her son. . .

As she did, Rabeka was comforted by our Heavenly Father, Who had also experienced the coldblooded murder of His Son, our Savior, the Lord Jesus Christ. Rabeka was set free to forgive with the truth of God’s Word and given practical tools to overcome poverty and injustice with dignity and purpose in Christ. Rabeka is not only surviving BUT she and her bedsheet business are now thriving as her heart was set free to forgive, to worship and to serve!