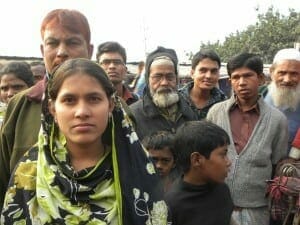 Vision is defined as the ability to think about and plan for the future, using intelligence and imagination. We greatly need God’s vision to continue the good work Christ Jesus has begun in Women in the Window International, the work of empowering and equipping women leaders in the 10/40 Window to replace poverty and injustice with dignity and purpose in Christ!

And because we need His vision so very much, we come to you, our faithful prayer partners, and ask you to intercede on our behalf as our leadership team gathers in Atlanta this weekend!  We are thrilled that our entire Servant Leader team has taken time (and expended their own resources) to gather together for refreshing, rejoicing, and effective visionary planning!  Please join us in praying specifically for Sherri, Judy, Ila, Jackie, Jacquie, Michelle, Diane, Jessica, and Kim.  As we meet Friday through Monday, pray that God Himself will meet with us and richly bless us with His presence and glimpses of His glory!

Atlanta is also the site of our very first Board meeting on Monday, June 9. Women in the Window International is thrilled to announce our Board of Directors, along with their bios, below.  Please remember our Board meeting in prayer as well.

Saying thank you is hardly enough, but thank you from the bottom of my heart and with all my heart for your prayers!  We also welcome the opportunity to pray for you!  Please let us know your requests by responding to this email.

Yours because I’m His,
Kim

Jackie Hilliard
Jackie lives in Raleigh, North Carolina.  While an undergraduate student at Palm Beach Atlantic University, Jackie became a committed follower of Jesus.  Jackie went on to earn a Masters Degree in Business Administration, with a focus on International Business, also from PBA.  Short-term trips to Haiti and the Dominican Republic ignited her passion for international missions.  She has traveled to The Gambia, Ghana, and Togo to lead micro-enterprise trainings with WiW.  Jackie’s desire is to use her God-given knowledge, time, skills, and resources to serve those living in poverty-stricken situations in a healthy, responsible way.  She also has 8 years of experience in business management, and she and her husband, Chris, are the owner-operators of Electric Beanz Coffee Bar in Raleigh.

Jill Isaac
Jill was born and raised in Canada and graduated with a Bachelor of Arts Degree from the University of Toronto.  After graduating, she was blessed with the opportunity to work in various television and news media productions in Southeast Asia from 1996 to 2003.  Through her work she trained Malaysian, Chinese, Indonesian, Indian, and American reporters, produced and anchored international productions, and became an award-winning television producer and media consultant.  Her international news focus took her to Dubai, India, Malaysia, Singapore, Sri Lanka, and Thailand.  In all, Jill has visited and worked in over 20 countries.  She has worked with the Television Corporation of Singapore, Malaysia’s ntv7, the CBC in Toronto, and PBS.  She returned to the U.S. to earn two Masters Degrees from Seton Hall University, the first in Diplomacy and International Relations, and the second in Corporate and Public Communications.  She is an Assistant Professor of Journalism and Mass Media at Palm Beach Atlantic University.  Jill currently resides in Palm Beach County, Florida and spends much of her time in Canada.

Sherri Johnston
Sherri lives in Atlanta, Georgia.  She has been following the Lord since 1982, and delights in knowing Him and making Him known.  She has held various professional and volunteer positions in the art, consulting, and real estate industries.  Over the last decade she has devoted her volunteer time to ministering to women overseas in the least Christian regions of the world.  She has traveled to China, various nations in Africa, India, the Middle East, Turkey, Malta, and Nepal to lead trainings for women in micro-enterprise and spiritual formation.  Sherri was widowed for a few years before marrying John, a widower, in 2008.  Together they have three sons, one daughter, and five grandchildren.

Gail Van Tassel
Gail lives in West Palm Beach, Florida.  After 15 years as an absent-from-church believer, God gave her the gift of her daughter, Monica, and through her, drew Gail back to Himself.  Over her 40+ years as an executive assistant, she feels blessed to have worked for the top executives of several major corporations in New York and Florida.  She has worked with Gunster Law Firm in West Palm Beach for almost 30 years.  Gail is also very active at her home church, First Evangelical Lutheran Church, participating in women’s groups and serving as the council secretary.  Gail delights in a close relationship with her grown daughter.

Carolyn Weda
Carolyn lives with her husband, Ken, in North Palm Beach where they are actively involved in First Presbyterian Church.  She served on the Board of the Guatemala Children’s Home for 20 years, serving as secretary and maintaining the office in their home for part of that time.  She is a Stephen Minister, has volunteered at Urban Youth Impact for several years, and volunteers with Crossroad Bible Institute, a ministry to prisoners.  As an English major, Carolyn loves good books, writes book reviews, and helps to lead the book club at her church.  She looks forward to sharing the love of the Lord with women in other parts of the world.  She and her husband have two children and five grandchildren.